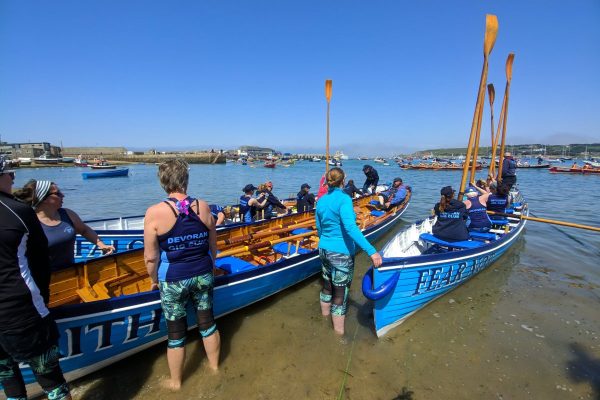 Club Officers and their roles 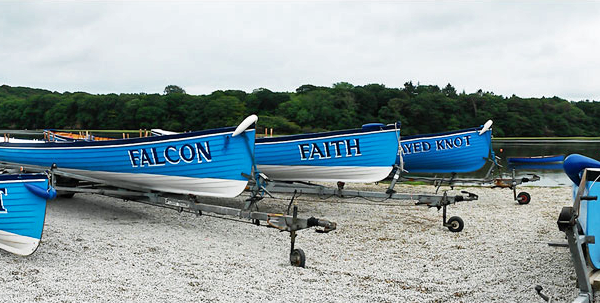 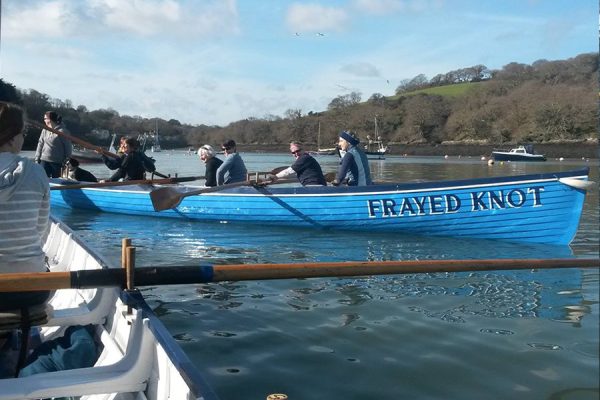 Devoran Pilot Gig Club is based at Restronguet Creek, off the Carrick Roads near Falmouth.

Our Club was formed in 1989 and has a membership of around 70 and we have three traditionally-built Cornish pilot gigs, Faith, Falcon and Fear Not, plus a ‘plastic’ (fibreglass) training gig ‘Frayed Knot’ and our skiff, ‘Pandora Express’.

Our crews compete regularly throughout the intensive racing season organised by the Cornish Pilot Gig Association as well as in local “friendlies” such as the Friday Carrick Races.

In addition to the season’s racing, and also the local Friday Night Races in the Carrick Roads, we also regularly take part in extra events and gigging adventures such as rowing the Caledonian Canal in Scotland and competing in the Thames Great River Race.

In recent years we’ve had Vets and Super Vets crews participating in both the Diamond Jublilee Pageant and also the Brest Maritime Festival!

We welcome all new and novice rowers and would love to see you on the slip.